I spent Saturday morning pulling out tree stakes and picking up trash at Claremont Middle School in Oakland. It was a part of Project Peace East Bay, a non-profit that partners with local churches and faith-based groups, social service providers, local businesses, and government agencies in order to “create a network that works for the betterment of our East Bay communities and cities”. This is Project Peace’s seventh year running. But this blog post isn’t about peace. It’s about trash.

You can learn a lot about a person, a family, a culture, a society, by looking at their trash. Particularly their public litter. It is one thing to throw something out, to decide that you no longer want or need it and to burrow it away in big black plastic sacks. It is another to toss it aside, to gift it to the public, a decoration for the pavement. Collecting such artifacts is a bit like digging through the Irish bogs, the ashes of Pompeii, the tombs of Valley of the Kings, aside from the whole great treasure and human carnage bit. Still, middle school trash can be very educational.

Things that I learned from my Saturday morning misadventure:

Doritos are still popular. Who would have guessed that the same chips that filled big plastic bowls at school dances, volleyball parties and youth group events of all shapes and sizes when I was a middle schooler myself would withstand the test of time? That Doritos with their arguably “natural flavors” would continue to feed unsuspecting chip addicts years into the future? If it weren’t for the subtle change in branding that indicates otherwise, I might surmise that the Doritos I found in the school yard last weekend could very well have been packaged and sealed decades ago, but let’s not consider the processing and preservation of a Dorito too long. Based on my recent observations, Nacho Cheese remains the flavor of choice.

Children now consume Luna bars. I didn’t even know what a Luna bar was until I made my inaugural visit to Whole Foods in Kansas City, at least a decade after my middle school years had passed. When I was in middle school they had only just come out with Quaker granola bars (followed by chocolate drizzled Kudos bars), the latest innovation in “healthy” snacks at the time. Healthy snacks (e.g., “ants on a log”) have long been valued, but not quite the way they are now. Aforementioned Nacho Cheese Doritos aside, we are a society that is all about the healthy snack, at least in theory. 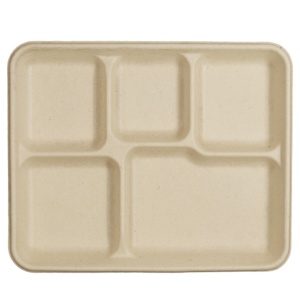 Biodegradable lunch trays. When I was in middle school there were two kinds of lunch trays–blue and faded blue (blue lunch trays that had been washed one too many times). But we have since become a more disposable society. Who has time for washing things when you can throw them away and get new ones tomorrow? This has permeated our culture, this insistence on procuring something new rather than cleaning, rebuilding or restoring something broken. Not only does it create more waste and increase consumer spending, but it affects the way we treat our belongings, our positions, even the people in our lives. The co-worker who struggles with connection, the colleague who seems so self-centered, the friend who said too much or too little or just not the right thing–why deal with the hassle of trying to work it out? Why take the time to pursue reconciliation? There are plenty more people where they come from. Plenty more jobs. Plenty more boots, cars, lunch trays. Throw them out. Get something new. It’s so much easier.

The upside of today’s biodegradable trays, though, is that someone has taken the initiative to “Just say no” to styrofoam. And a world with less styrofoam is always a better world. Though we have become a disposable society, we want to be disposable in  a more environmentally friendly manner. That seems to be a step in the right direction. Though in this case it would arguably be better to take a step back and revisit our good friends, the reusable blue lunch trays. (Then again, we are in a drought, so who knows?)

Beverages. Do you know what I saw a lot of? Gatorade bottles. Do you know what I didn’t see? Pop cans. Zero pop cans anywhere to be found at Claremont Middle School. This was surprising, as soda/pop/fizzy drinks were a staple of the Midwestern middle school diet. There were actually Coca-Cola vending machines in our school cafeteria (though I don’t think they were active during the school day). I think they have since been removed. Though soda companies still make plenty of profit I’m sure, it seems to me that today’s more health-focused society is trying to phase it out, blaming soda for hyperactive children with short attention spans and propensities for distraction. 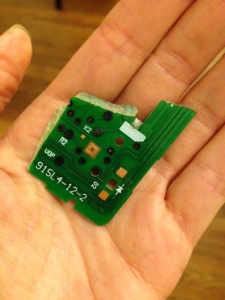 This to me was perhaps most interesting find of all. Undoubtedly there were many of these little guys hiding beneath the surface of the world when I was in middle school, but I sure didn’t know it. And what’s more, I didn’t care. For the most part my world was pre-digital, or perhaps “non-digital” (we were a bit behind the times in our home). I had no iPod, no cell phone, no tablet, no laptop. I did my research using the encyclopedias in the library and my dad took my hand-written assignments to work to type them on his computer and print them on perforated paper. All of which seems a lifetime ago. The world of “back then” seems so drastically different. In part, because I am drastically different (at least arguably so) and in part because it is. It is a different place entirely. A place in which this little fragment is a piece of the puzzle of connections that blow my mind on a regular basis.

I try to remember what sort of trash littered the grounds of my own middle school–Ring Pop wrappers and empty cans of Surge, Bubbletape dispensers, discarded jewel cases and scratched CDs, notebook paper covered in gel pens and stickers from a pre-texting era. I wonder what this says about my world then–high caffeine, high sugar, neon colors, shiny wrappers. And I wonder very much what our trash will tell us about ourselves decades into the future.

What sort of artifacts are we leaving behind? In the doors of our cars, the curbs along the freeway, in public restrooms and truck stops. What will our progeny say when they discover our trash generations down the line? The cartons of organic free range eggs, bright red cups of Starbucks, discarded ear buds, archaic credit cards? Will they read the story of who we were? Or be left with a puzzle as cryptic as a microchip?

One thought on “One Man’s Trash”