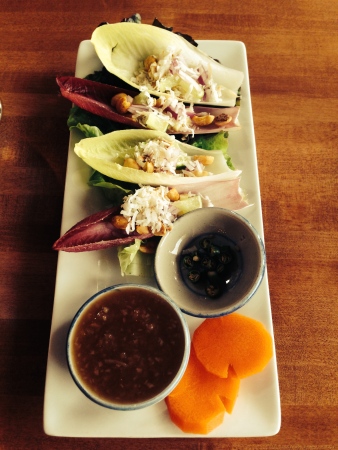 This was pretty beautiful all on its own

One year into this food writing business, and it seems that I’ve found my way into food photography—way more than I ever expected too. I’ve previously blogged about my feelings regarding the act of capturing food by camera, but food photography as an art form is taking it a step further, into a realm in which I have little experience and and even less expertise.

On recommendation, I recently picked up this book, (and by “picked up” what I really mean is I ordered it through LINK plus at the library, which is how most written material makes its way to me these days). A 277-page guide to making your food look pretty in pictures, it includes chapters on file types and camera lenses, focal length, prop styling and all kinds of things that I’ve never really thought about in those lustful moments of “oh my gosh, I have to take a picture of this!” 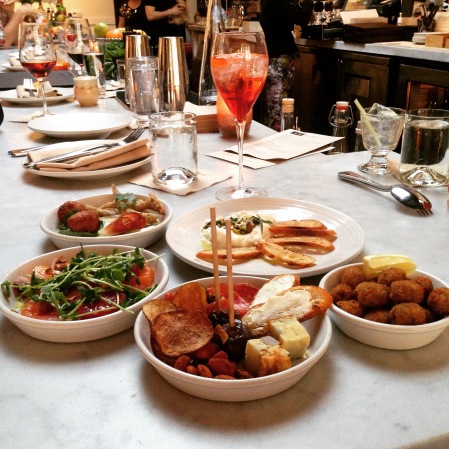 When they serve you the entire happy hour menu, how can you not photograph it?

I appreciate the inside knowledge. I see the shortcomings of my early food photo endeavors, and am picking up all sorts of tactics and techniques to play with in the future. The more I learn, the stranger I become, taking my entrees outside to shoot them in natural light, standing on chairs in a skirt and snakeskin heels in order to achieve an overhead shot, pulling napkins from neighboring tables and wiping the seepage from the salsa on my carne asada tacos. As long as I look like I know what I’m doing, the other customers don’t pay me much attention. The managers turn tail and let me go about my work, but it isn’t really work so much as it is play. 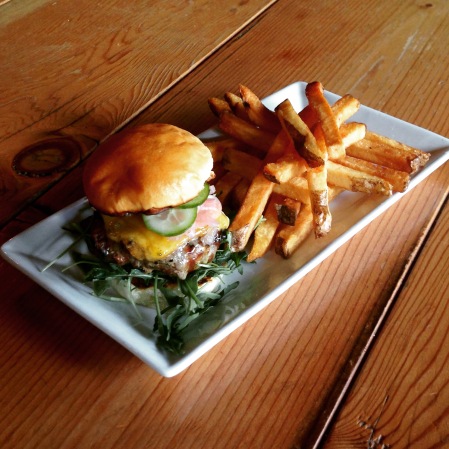 Most of my life feels like playing these days–the hard kind of play where you fail and fall and flounder time and time again. The sort of play that would lead to frustration if you weren’t having so darned much fun in the process.

This afternoon I came home after a photoshoot/food tasting at a bistro in Lafayette, where my tri-tip was plated with a perfect stack of pickles and my cocktail was garnished with a curly-cue of lemon and a waving rim of sugar that looked even better than it tasted. When it came time for dinner, I pulled leftover stir fry out of my freezer, stuck it in a bowling pot of water and poured Perrier into a mason jar. My meal was less than glamorous, even when doused in sriracha. 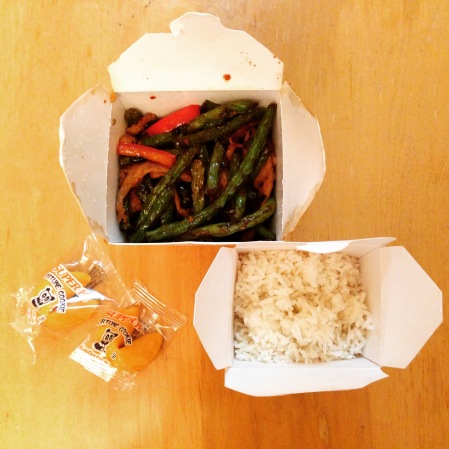 This was not my dinner, but it looked sort of like this the first time it was cooked.

My life is less than glamorous, which I’m sure comes as no surprise. Is it stating something too blatantly obvious to say that a life can, will and inevitably does look far different (and often better) on Twitter or Instagram than it does day to day? Possibly. Perhaps less obvious is stating that sometimes (perhaps often) I prefer the day to day. As I sat down to write this post (on my bed in a pair of men’s sweatpants and a hooded long-sleeved t-shrit, not at my desk in a khaki dress and a pair of snakeskin heels), I did so with a bowl of popcorn, some of which was burned because I left it popping 30 seconds too long.

I ate it anyway. I usually do. The same goes for my undercooked brown rice, my overcooked swiss chard and that goat cheese in the crisper that started smelling far too much like camembert. The odd food, the ugly food, the food I wouldn’t think of serving my friends but wouldn’t dream of just throwing out–it’s a staple in my life, more so than the caramel-drizzled pot de creme or braised lamb shank with fingerling potatoes. I don’t mind eating my mistakes, not when I still deem them edible. The sludgey brown smoothie that’s too heavy on the kale, the spicy pepper soup with four too many Serranos–it’s all a part of the process. The part I usually forget to photograph.

Maybe life is like that too. And maybe that’s okay. 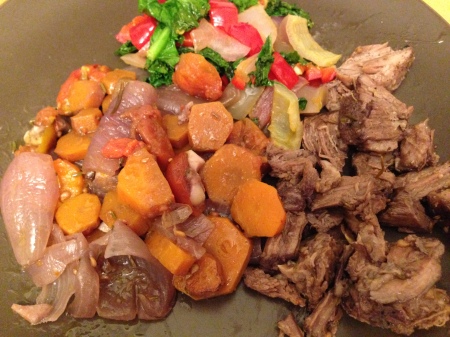 I promise this lamb was good, but it is one of the ugliest meals I’ve ever photographed

There’s this author, Lauren Winner, who wrote what might be the most honest and forthwright book on sex and dating that I’ve read to date. It’s been years since i’ve picked it up, but in one chapter Winner remarks that sometimes sex is decadent and exotic and exciting, and other times it’s more like mac ‘n cheese–comforting and familiar, nothing fancy, nothing racy, warm and satisfying as a one-pot hotdish. 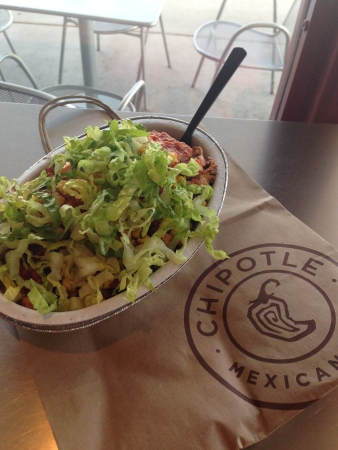 If there is mac ‘n cheese sex, is there Chipotle sex? Because nothing says comfort food like Chipotle.

I feel like I’m hitting a point in my life where that hotdish sounds pretty enticing, where the extravagance of a five-course prix fixe dinner and the excitement of a night in the city need to be balanced with evenings of black beans and broiled chicken, bowls of popcorn and an hour of Netflix. It isn’t particularly compelling, but it isn’t a bad thing either. Often it’s even preferable. 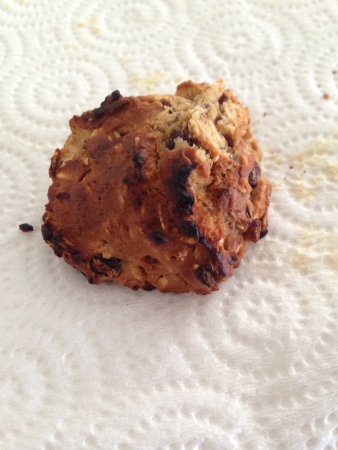 There are still mornings that I plate my oatmeal and carefully craft my lunches–sprinkling hemp seeds on my salad and whisking a vinaigrette to drizzle over them. But just as often I stick my fingers the peanut butter jar, eat raw carrots from root to stem, and drink my smoothies straight from the blender. If you can’t find the beauty in your own chaos or the pleasure in the imperfection, it is difficult to find it elsewhere. More important than the angle that you offer to others is the perspective from which you view your own experience. 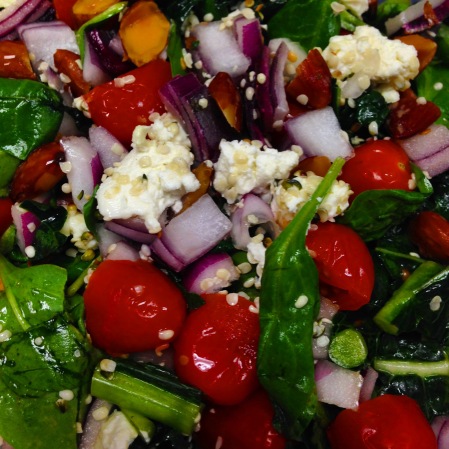 Lunch salads are second to morning smoothies in the edible staples of my week. They aren’t fancy, but often they are pretty. Pretty staples are important to have.