A continuation of reflections in the season of Advent.

We stand in line, side by side, nether of us looking to be first. We make quiet conversation as our eyes skim the chalkboard on the wall behind the counter. Our thoughts are divided.

You are thinking about what you will order or how you will respond to the thing I just said. I am thinking of what will come next.

We get to the front of the line, and I do not know what I want.

I let you go first. I usually do.

“Is this together, or separate?” asks the girl behind the counter.

I freeze and look at you, wondering what you will say.
Is this together? Are we together?

It doesn’t matter if you and I are old friends or new acquaintances, still the question is out there. Are we together?

I could answer it myself, but today I am letting you take it, looking to you to respond. Will you cover my coffee, my rice bowl, my slice of cherry almond pie with vanilla bean ice cream? Will you cover…me?

I can pay you back later or promise to pick up the tab next time, but when it comes to my state of my salvation, I do not have the option of offering compensation. I cannot think of that right now–of covering a cost I will never be able to pay–so instead I am thinking of this moment at the counter. And the question remains:

No additives or supplements. Nothing extraneous to be found.

Purity is essence. It is the natural state. Eden before the fall. An innocent child in a world of unknown evil.

We cleanse and steam and detox for weeks: going organic, eating clean, lighting candles made of salt, and trying to rid our bodies of impurity when our bodies are not even our most tainted parts.

Can we really move back toward a state of perfection? Or does each year add more dross to the mass?

The purification of our most precious substances—gold, silver, oil—requires immense heat and careful labor. The fires are stoked and the mass melted down into something liquid and compliant. Purification cannot happen when the subject is unyielding, and a substance in refinement is good for little if anything until the process is finished. 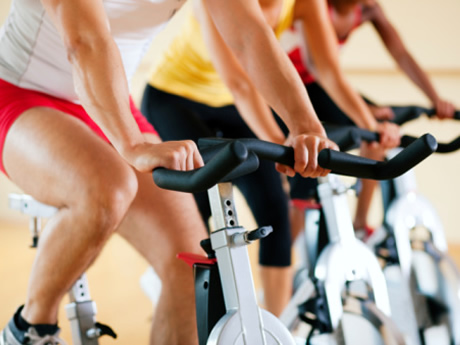 In the middle of class, in the midst of the pushing and pulling, loud music and swift peddle strokes, I stretched wide my mouth and let out a yawn.

How strange, I thought, to be yawning in the middle of a workout, exhibiting a cultural signal for boredom while speeding through intervals and sweating through spandex.

After we finished, one of my classmates made comment. “Not interesting enough for you?” he joked.

No one really knows why we yawn. Scientists once thought that yawning increases the flow of oxygen to the blood stream. More recent studies suggest that yawning is more a means of cooling off the brain, which expends a surprising lot of energy, creating more heat than the average organ.

A yawn is a pause. A stopping point. A moment to re-set and re-center in the middle of the slog. Though we often do not pause to yawn until we find ourselves at rest, yawns also come in the midst of the day—in the the middle of a class, a conversation, an e-mail, a keynote.

We yawn in private spaces—bedrooms and bathrooms and small office cubicles—but when a yawn happens in public, it quite often spreads. Without meaning to, we pass it on, until an entire community is opening wide and cooling their brains.

I think peace must be like this as well—not the absence of violence, tumult, or war, but the still centered pause that happens in the midst of it. Peace like a river that flows through the desert. Peace like a dove that seeks haven in a storm. Peace like an infant. Peace like a yawn.

The very word stirs up feelings, doesn’t it? Feelings of anger and anxiety, fear and unrest. This past cycle has been brutal. So much emotion. So much backlash. Not nearly enough grounds for agreement.

Each of us has our own set of values, our own understanding of how an ideal world should function. When we encounter others with alternate views, it is easy to see them as a threat, especially when their ideals seem to stand in direct opposition to our own.

I have recently been encouraged to question this sort of reaction. Rather than fearing the other, I have begun to get curious. Why, I question, does she holds this perspective? What is her story, her history, her experience? What is her ultimate goal and how does it line up with mine? Do we have anything in common? Is there grounds for understanding?

This is the same thing I teach my ACT students when I’m helping them work on the essays for their exams. I ask them to consider each perspective, to make space for disagreement. It is not merely a skill for test prep. This is a skill for living.

I wonder, then, why I do not exercise this sort of thoughtful inquisition when it comes to conversations with the Divine, whose views so often seem to differ from my own.

I lay out an argument for how I think the world should be, and when God does not agree, I get angry, not curious. I do not question where God might be coming from or what she might have in store. Instead, I am discouraged. I decide we are not in the same camp because if we were, the world would not be this way, would it?

What would it look like to approach the Divine with curiosity rather than coaxing? To believe that just because I do not have what I want does not mean that we are at odds? Maybe if I viewed God as a more complex person, I would see us as allies rather than adversaries.