This post was created for an Advent coffeehouse that I participated in last month. Though the seasons mentioned have come and gone, the insight I gained is no more or less true.

She flings open the glass doors to the community center and staggers up to the red-clothed table where I am pouring out cups of watered down coffee and topping hot chocolate with whipped cream and sprinkles.

Before I can ask if she’d like a hot drink, she grips a brown mug from the table and pulls it in close. She gropes through the platter of holiday snacks, grabbing handfuls of cookies without even looking.

I extend my hand in assistance as well as protection, but she bats it away and I quickly back off. She shoves the food in her mug, knocking crumbs to the floor, then turns toward the back of the room.

All of the while she talks to herself, mumbling angry syllables, glaring at no one and everyone.

I reach for a stack of napkins and mop up the coffee that spilled during her ransack. I toss the mess in the trash, take back my post, and continue to pour drinks for the women who walk in.

A few minutes later, one of the coordinators comes up from behind me. “I need you to keep an eye on the cart,” she says. “Anna has been helping herself.”

I turn around and see that a pushcart of extra supplies has been ravaged by a tall angry woman with the mug full of cookies.

“It’s my mug!” she yells at the coordinator. “The brown mug! Mine! It has to be brown.”

The coordinator tries to calm the disruption, which has come to the attention of several other guests. Most of them don’t seem surprised, as though they’re used to seeing this kind of behavior, accustomed to the violence we each hold inside.

Anna continues to mumble, knocks over a chair, and sulks into a corner. She gets into a quarrel, which quickly subsides. Sometime later, while I am back in the kitchen cutting a cake into 64 pieces, she storms toward the exit and slams the door behind her. 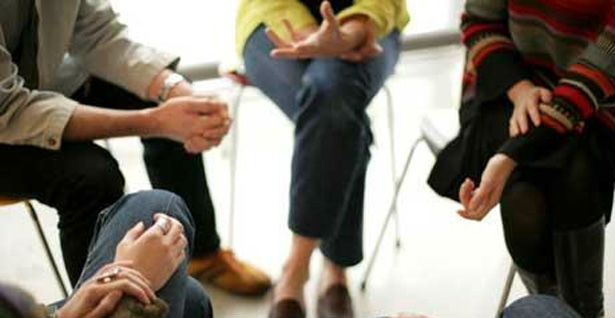 Hours later, after the women have left and the plates have been cleared, I sit in a circle with the other volunteers. We are invited to share stories about our encounters that afternoon. One girl mentions a woman who shared that she’s missing her family, another shares a story about praying with someone who suffers from chronic pain.

I stay silent, but all of the while I think of Anna and the chaos she caused. I think of the crumbled cookies and spilled coffee, the snarled words and the crash of the door as it slammed shut behind her. I think of the energy and emotion that incited those actions. I think it might not be so different from the force I’ve been feeling for the past couple weeks. I reflect on how angry I’ve been and how hard I have worked not to let that seep out, how scared I have been that someone might see. 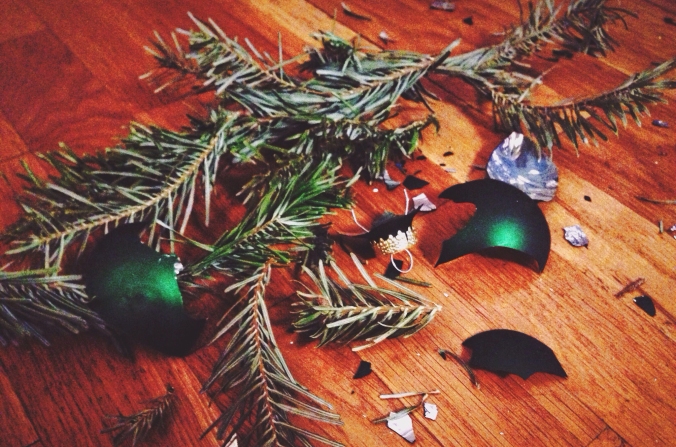 The holidays have been hard since I moved to California.

As a child, I adored Christmas. I would spend hours decorating my bedroom in gift wrap and colored lights, writing cards, making gifts, and labeling presents in the storeroom as I listened to Amy Grant sing about sleigh bells on cassette tape. I had no fewer than four Christmas sweaters and seven pairs of socks. There were earrings to match once I turned twelve.

But what used to be a season of excitement and joy has become an annual reminder of what I still long for—of a life I don’t know how to stop wanting. Christmas reminds me of what used to seem possible, before my heart was broken and my ability to trust was damaged in ways I didn’t know it could be.

There have been years when the message of Advent has sunk deep and expanded to fill my whole body. I have sung songs about deliverance, poured out laments, and waited in eager anticipation as week after week the candles of Advent were lit. I have sat before God in heart-wrenching hope and prayed for my soul’s deepest longings—work that would utilize my skills and provide for my needs, a partner who would love me for all that I am, a community in which I felt loved and included, a family of my own to care for and cling to.

But each year those hopes have seemed more foolish, the promises hollow.

When people say “you just never know,” or “maybe next year,” then try to remind me of God’s perfect timing, sometimes I smile and nod in agreement, but often what I really want to do is lash out. I want to shove them back into their pews and tell them to stop making promises they cannot fulfill.

I’m sure they mean well, really I am, but each time they claim that my longings will be satisfied, my hope starts to grow and my heart starts to flutter.

Then I am met with disappointment over and over: the relationship ends, the friend turns her back, the recruiter says “sorry,” the agent says “no,” the community that I had tried so hard to nurture repeatedly fails to show up when I need them. And each time that happens my hope is snuffed out. It gets smaller and smaller, until it all but disappears.

So I guard what is left like an animal on alert, a protector that’s prone to go savage.

I think of this as sit in the circle and think about Anna. I wonder if there is something she has hoped for and lost—a person or position she has wanted for so long that she no longer believes she can have it. I wonder if her hope has been doused by disappointment. And in that wonder her anger no longer seems strange.

I enter the space inside of myself and become aware of the heat of my anger—the animal who is ready to cut kindness with sarcasm, balk at belief, and lash out at the well-meaning. I feel her pacing in the corners and contracting her claws.

I come to the creature who is me and ask if she would be willing to back down for a moment. I promise to be gentle. I promise I won’t lie.

She bows down her head then steps to the side, and as she does I see what she’s been guarding—a glowing white ember that is tiny, but true.

Sometimes our hope seems so small and so fragile that we scarcely think it will survive another onslaught. We guard it and protect it and fear it might die, not realizing that our instinct is mistaken, that the very thing we’ve been guarding in secret holds the life-giving power we’ve needed all along. Hope is not something to bury down deep, like a coveted resource. Hope is like light. No matter how great the darkness, in size or in depth, it cannot compete with even the smallest of flames. Hope may be frail, yet hope is resilient.

But it cannot do its work, cannot give its gift, if it is guarded by anger or fear. If we want to illuminate the darkness that we find all around us, that darkness we speak of in our longing and waiting, if we want to give light to the world, it requires exposing our most vulnerable part—those precious soft flickers of hope.