Because it is the weekend (and weekends invite me to be extra “bloggy” on the off chance that my readers have extra time to read), I am posting a this little story, a flashback from an experience that happened this summer. Enjoy.

Being a writer, or at least a writer of the journalist variety, is not really so difficult. Everyone has a story to tell. Everyone. And most people want to tell their stories, may even want to have their stories shared.

Take Shawn, for example, the dark-skinned blue-shirted middle-aged man who works at the Goodyear in San Leandro. Shawn helped me get my oil changed for the first time in six months this past June. He is friendly and helpful and good at what he does, greeting me at the door with an eager “How can I help you?” He doles out customer service like he’s giving free samples, and assures me that my Honda will be put in good hands. Shawn estimates an hour, thirty minutes when he learns that I’m staying while I wait.

Shawn, I decide, is a great employee. Maybe one of the best. But Shawn does not really want to be working at Goodyear. I learn this as I’m filling out my paperwork and surrendering my keys. Shawn tells me that he trained to be a part of the fire department. Scored 86/100 on his last exam. “I was pretty proud of myself,” Shaw boasts. “86 is pretty good, right?” I nod. “Until I saw this other guy. Scored a 94. Ninety-four!” Shawn sighs as if this is beyond comprehension.

Shawn has a daughter who just graduated from high school. She was accepted to NYU, roughly 3,000 miles from Northern California. “Well, we were proud of her,” Shawn says. “But do you know how much tuition is at NYU? $54,000 a year. Fifty-four! Well, I pulled out my calculator and did some quick figures and for four years that’s over $200,000.” I can’t tell if Shawn is upset or amused by this.

“Now my wife and I–we’ve been married for 25 years now.” He pauses.

“Congratulations,” I say, filling the space.

“Thank you” Shawn says. He continues, “We’ve been putting away $100 at a time in an account for her since she was a baby. And I asked my wife, how much we got in that account and she says $52,000. Well, that’s not even a full year.” Shawn trails off and goes to check on my car.

He isn’t complaining. He’s sharing, story swapping. Shawn has something he wants to say and here he has found someone to listen. People tell you all kinds of things when they find out you’re a reporter. They invite you into their homes and show you their closets. They tell you stories of failed marriages and bring out pictures of their children.

Shawn speaks five languages–Spanish, English, Farsi, Punjabi and his native tongue, a dialect of Fijian. He moved to California when he was ten years old and has spent the rest of his life in the East Bay. His skin is brown and smooth, the color of nutella.

“Can you believe I’m over 50?” Shawn asks me. “Do I look over 50 to you?” I shake my head, silently noting that what is left of his short curly hair is more salt than it is pepper, but acknowledging that I’ve never been a good judge of age.

Shawn has a neighbor who works a corporate job for Cost Co. She recently came home with a 2014 Tesla. “You know how much it cost?” Shawn asks me. “$120,000! She asked me if I wanted to drive it. Well, I got in and couldn’t even get out of the driveway,” he says with a laugh.  The car is the equivalent of two years at NYU. You can see it in his eyes. His disbelief at the disparity. 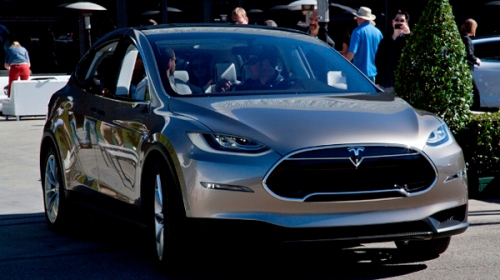 “My wife, she always says this about life,” Shawn begins, “And you’re gonna like this because you’re a writer and everything.” He holds out his arms at ninety degree angles, forming a box that he uses to emphasize his point. “She says life is a boxing ring and when you get knocked down you just gotta get back up and keep on fighting.”

I smile at this analogy, at the thought of Shawn and his wife in the boxing ring of life. Throwing a blow at NYU and another at the Tesla. I’ve been in that ring. I’ve been hit pretty hard in past few years, but right now I’m more interested in observing than fighting.

“You’ll make it,” Shawn assures me, knowing only that I am a writer and a student, a human engaging in life. And maybe that is enough.

Shawn will continue working at Goodyear and hoping for a position with the fire department. His daughter will go to UC Santa Cruz and he will work even harder than she will to make sure she succeeds. That is the story that he shares, one of the hundreds you might walk by on any given day.

Like I said, it isn’t hard to find a story if you’re willing to listen. Most people want to tell their stories. They’re just looking for the space.

For additional blogs of a slightly different nature, check out http://itsasmallword.com

To stay updated on current posts, “Follow Blog” by clicking on the link on the top of the right hand column.

2 thoughts on “Finding a Story”