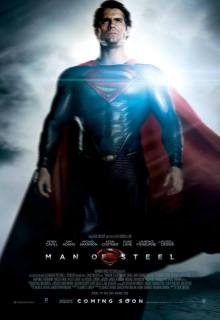 “Hi, my name is Amanda. I’m currently living in Oakland and…what was the question?”

“When is the last time you cried at a movie?” asked a guy from the other side of the room.

“Or laughed so hard that you cried,” said another.

“Goodness,” I said, knowing that my audience was in for a doozy with this one. “There’s kind of an explanation that goes with my answer.” The rest of the small group looked me over, wondering how good my story could be. “This is probably more than you want or need to know, but I’m just going to tell you anyway.” No one tried to stop me, so I continued. “I didn’t used to cry at movies. Like, at all. Ever. It wasn’t that I tried not to. I just didn’t. But then, about a year ago now, someone broke my heart. Badly. Not just into pieces, but shattered into splinters. And ever since, I cry at everything. I went to see Man of Steel last summer and I cried. Watched Midnight in Paris. Cried. Blue Jasmine. Cried. I went to see Frozen two months ago and I cried. American Hustle, The Book Thief…”

“Well, that’s a really sad movie,” someone cut in.

“Yeah, it is,” I said. “I was really proud of myself when I made it through the first scene—the one where the little brother dies—and I didn’t shed a tear. I thought ‘Alright. This is going well. Maybe I’m okay. Maybe I’m normal again.’ But then there was the whole Kristallnacht deal and from that point on I was a mess. Like snot down my nose, audibly sobbing. It was gross.

“And then, a week ago, I went to see Saving Mr. Banks. You know, the one about Walt Disney and the woman who wrote Mary Poppins? Well, I was on a date and I didn’t bring any Kleenex. I didn’t really expect it to be one of ‘those’ movies, but there was this young couple and they had daughters and there was a writer and she lived by herself and I did a ballet dance to Feed the Birds when I was like seven years old and I kind of wonder if I’m ever going to have children of my own or if anything I write could make that kind of an impact and, anyway, my eyes kept leaking and my nose started dripping and I just tried to pretend I was cleaning my glasses or something. As were were walking out of the theater, the guy I was with turned to me and asked what I thought of the movie. I sort of collected myself and said I was still processing it, but what did he think? ‘Oh it was about what I expected,’ he said, ‘sort of a nostalgia fest.’ And that was it.

“So really, I guess the better question would be which movies haven’t I cried in lately, because for now it’s pretty much all of them.”

When something as fragile and life-giving as a human heart is broken, it is impossible to think that it will ever be the same. It will be scarred and reformed, shaped in a new way, capable of new things and incapable of others. My recent reactions to movies, to stories of love and connection between adults and children, men and women, fathers and daughters, writers and readers, little girls and snowmen tell me something about the new state of my heart. That it is tender. That it is living. That it is looking for places to attach and connect.

Pain has not made me stronger, but weaker, more aware than ever of how much I need other people. And that is good, in its own way, though it is scary and was unexpected. It isn’t something to get over. “Normal” is a place I may never reach again, at least not in the way that I used to know it. And that is okay too. It may even be better.

I don’t wish pain on anyone, but I know that it will come. And when it does, I hope I have the wherewithal to hold them and to listen. To bring Kleenex to the movies.